Of all the men Short was involved with, Hansen is the most peculiar. Mark Marinus Hansen was born in Aalborg, Denmark on July 25, 1890 and moved to the United States in 1919. In 1921, Hansen moved to Los Angeles. He lived at Melrose and Larchmont and owned the Larchmont Theatre. He also had a theater in Whittier, one in San Pedro, one in Walnut Park, three in Oxnard and three in downtown Los Angeles. Clearly, Hansen was smitten with movie stars and Hollywood. In 1926, Hansen built the Marcal Theatre as a playhouse. He and his wife separated from each other in the mid 1940′s.

When he knew Elizabeth Short in the 1940′s, Hansen was a Hollywood resident and a successful businessman. At the time, he was described as 55 years old, 5′ 9′, 175 lb, with graying hair and an accent. He was also chubby and utterly banal in appearance. Hansen owned two rooming houses, and was part owner of the Florentine Gardens, a nightclub on Hollywood Boulevard. Hansen’s friend, actress Anne Toth, lived with him off and on at the house on Carlos Avenue. Short also stayed at Hansen’s house for two weeks in October and ten days in November, 1946.

Short waitressed at the Gardens for a time and it was in this manner that the two met. He became interested in her soon after she began working for him. At some point she quit her job and moved in with Hansen, but like all of her living arrangements, it didn’t last long. Short lived with Hansen for two weeks in October and ten days in November of 1946. However when she lived there, Short wasn’t his only female occupant.

Hansen had a reputation for being a ladies’ man. He only 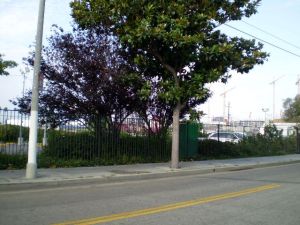 hired beautiful, young women to dance as showgirls at the Gardens. A beautiful girl who could put one foot in front of the other without falling over was easily hired. Whenever a beautiful young woman was short on cash, Hansen, ever the white knight, offered her a room in his home for free….well, free where cash was concerned.

Short and her friend Marjorie Graham were first brought to his home by Sid Zaid, a musician of questionable character, in October, 1946. According to Hansen the girls stayed, “Perhaps about a week or ten days; something like that.” He asked them to leave, “because this Graham girl, she was inclined to be liquored up and I didn’t like it at all; and this Short girl, she had always some undesirable looking character waiting for her outside and bringing her home.” Toth explained it more succinctly “Well, Marjorie drank up all of Mark’s liquor, so he kicked her out, so out Betty went too. I don’t blame him.” 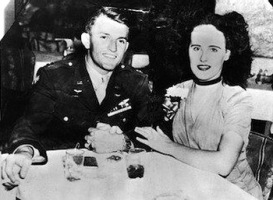 d shady clients into his club: Mafia kingpin Mickey Cohen was an
occasional visitor, as were his henchmen. However, the Gardens was also a watering hole for celebrities, servicemen and regular folk with the right look and money to spend.  After the murder Hansen became a suspect. However when investigators approached Hansen he put an abrupt halt to their questions by threatening to go to the media about the police officers he paid off to remain open to the public. That was the end of that lead.

Short’s eventual roommate Anne Toth, knew Short and Hansen quite well. For a time Toth also lived with Hansen although they weren’t romantically involved. She believed Short was infatuated with Hansen and that the feeling was mutual. However, both Hansen and Short continued to see other people. Hansen played down his interest in Short. One of those open-type dating relationships I guess and a volatile one. Short moved out of Hansen’s place on October 22, but moved back in on October 23. Toth stated that Short had placed a long distance telephone call to Texas, to this Fickling, and I think that sort of — she charged it on his telephone bill, and I don’t think she told him about it. That is one of the things too, he wanted her to — then of course, I think she paid for it later.” 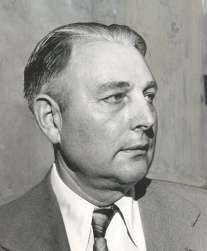 ark was crazy about her and jealous of her, that he is a man who must have what he wants. Beth told Anne Toth that Mark was trying to make her, that he was jealous so she had to leave boyfriends at the corner so he wouldn’t see them.” Hansen also owned an apartment building under the name of, what else, the Gardens.  He had one of his tenants, “who was in the dressmaking business,” make two dresses for her “which she fitted and made, but never delivered to the victim.”

Short permanently moved out of Hansen’s home on November 13, 1946, after an argument with another of Hansen’s girls. Hansen led Short to believe they were exclusive or at least pretty close to it, but then he allowed other girls to move in with him. One afternoon Short caught Hansen with another woman and ordered her to go home, calling the woman a “tramp.” The wom 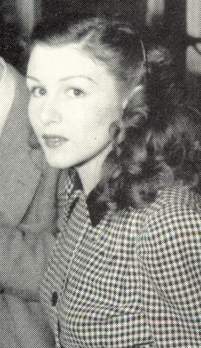 an replied in an equally insulting manner but before the two women became involved in a physical fight, Hansen ordered Short to move out. Seriously. Make up your mind, dude. “
One afternoon Hansen and Toth visited the LAPD Homicide office where there were twenty reporters and photographers. Hansen stated he was nobody and that he was Toth’s  chauffeur. “Well, he used to get provoked at me about mentioning his name, he, at that time, to the papers, and one thing and another, which I didn’t.  Only they found [Short’s] address book and, of course, they got his name, but I didn’t mention his name or anything.”

For a time Short and Graham returned to Hansen’s residence but supposedly not for a long-term stay. Short brought a man named Marvin Margolis with her and both told Mark that Margolis was Short’s cousin. Cousin? Whatever. The two women stated they wanted to leave town, as they were going to go east and Margolis was going with them. Hansen explained, “Later thi

“The next day [Margolis] came around there and carried the suitcase up and I says, ‘What’s this?’ He says, ‘Can she leave this here overnight? She’s going away tomorrow and would like to leave these until tomorrow.’”  Clearly, Margolis was finished with Short and was dropping off her belongings at Hansen’s house. Hansen stated “that night I come home Beth Short was there.” Is anyone else confused here or is it just me? And does this sound like a page out of a high school girl’s diary? Who says that the adult years bring about adult behaviour? Certainly it didn’t happen for Short and Graham.

On January 25, 1947, Hansen was again interviewed by police in  his home. “Several girls have rented rooms here at the house, but I never went out with them.  She had lots of dates. There was a language teacher that I know of, and with other persons, mostly hoodlums whom I wouldn’t even let in my house.” He also indicated that a memorandum and calendar book was missing.  “I believe Miss Short stole that.”

“I thought you were just going to leave your suitcases,  and she said,  ‘I didn’t have no place to stay.’  Would I mind if she stayed.  She kept staying and staying. (To Hansen’s way of thinking 10 days is “staying and staying.”) Then she moved over to the Chancellor Apartment.  Then it was after that o 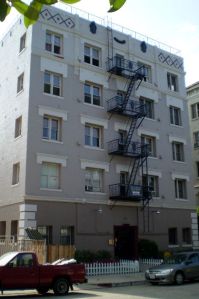 ne night she was sitting and crying about being scared – one thing and another, I don’t know.  She said she was going to Oakland to a sister.  Well, from there she wanted to know if she couldn’t come back there when she came from Oakland. She said she was scared.” What Short was scared of remained unmentioned,which
is not to say that Hansen wasn’t aware of it. Was it Margolis? Graham? Something or someone else? Perhaps it was her fear of abandonment and not having a place to live again. Or maybe something much darker.

It was then that Toth found an apartment for Short at the Chancellor. Short visited Hansen and Toth later, telling them that she didn’t like living at the Chancellor. Hansen stated: “I felt sorry for her.  She said there was bad company over there and she couldn’t stand it. She say she was going to Oakland during the holidays with her sister. When she comes back she says she would call me to see if I changed my mind, to see if she would stay at the house. I never saw her again.” 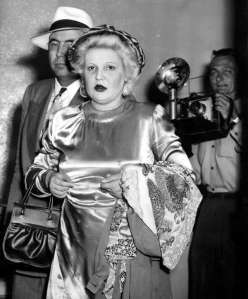 Hansen himself nearly met an early demise. In 1949, Lola Titus shot Mark Hansen while he was in the bathroom of his Carlos Avenue home. Lola, aka Beverly Alice Bennett and nicknamed  “The Lady in Gold,” was a 25-year-old blond taxi dancer. Apparently she was a darned good shot, at least at close range, but she didn’t quite accomplish her goal of murdering Hansen. The bullet pierced a lung and missed his heart by 7/10 of an inch. Lola explained to the press, “I made up my mind that he was either going to love me, marry me or take care of me or I was going to kill him.” In the investigation Lola was listed as a, “Friend of Short. Never thoroughly quizzed.”

I don’t believe Hansen was a viable suspect in the Short case. He had no reason to kill her and certainly I can’t see him committing murder in such a gruesome manner. Short was no threat to him personally or professionally. His statement “I felt sorry for her” is very telling. A sympathetic sadistic murderer has never existed. I’m unaware of a connection between Titus and Short. If you have information to share, I would like to print it.